Home • Are Your Reserves Fully Funded?

Are Your Reserves Fully Funded?

First, community associations generally never replace all their common elements at one time. Even if they do, (maybe they only maintain the roofs), does this community need to have the full amount of the roof replacement cost sitting in the bank in order to call themselves “fully funded”? This one is clear—no! In fact, most communities would not have the full cost of the reserve items in the bank until just before the item needs to be replaced. Even though having all the funds available at one time would be considered overkill by most accountants and reserve study providers, there are communities who believe they are not fully funded and never would be unless they had the full cost of every common element sitting in their savings account. Most communities have several different reserve components, all at different points in their lifecycle, which means there is never one point in time where the balance in the reserves would need to be 100 percent of the total replacement cost of all the items. 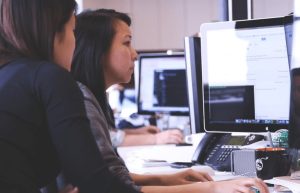 In recognizing this spread of costs over the life of a community, leaders in the reserve study industry developed the National Reserve Study Standards in conjunction with Community Associations Institute (CAI). The authors of the standards defined the term fully funded as being “100 percent funded when the actual (or projected) reserve balance is equal to the fully funded balance.” The fully funded balance is the balance that is in direct proportion to the fraction of life “used up” for a given component. For example, let’s say you have a $10,000 roof that is three-quarters of the way through its useful life of 20 years. The fully funded balance in year 15 would be $7,500 (three-quarters of the total cost). This simple calculation allowed us to say that even though we don’t have all $10,000 in the bank in year 15, we still have a fully funded reserve balance if we have $7,500 saved. Now again, considering that most communities have many different components to worry about, the vast majority never need to have 100 percent of the fully funded balance for all the reserve items at one point in time.

In recognition that maintaining a fully 100-percent funded balance is overkill in most cases, some in our industry state that setting a goal of maintaining 70 percent of the fully funded balance is sufficient. However, there is very little empirical evidence that suggests this nominal rate applies to all or even most communities. Like so many financial decisions, one “size does not fit all.” The percent funded amount for an association is a mathematical interpretation of their reserve balance but provides no context if their current contributions are adequate. Instead, communities need to look at cash flow and if the income of the association will cover its known expenses for the foreseeable future, given the unique nature of each community association.

Let’s compare the community needs to something closer to home—your personal finances. Luckily, the bigger expenses in our lifetime do not come due at once. Thankfully, we don’t buy a car, purchase our first home, and pay for college tuition all on the same day! Because there is a spread of these costs over time, you could say our personal bank accounts never need to be 100 percent funded to cover the expenses we would expect over our lifetime. Luckily, we don’t have to worry about what percentage of our retirement nest egg we have in our savings account when we are saving up for that first car. Similarly, a community does not necessarily need to have funds in the bank for all its expenditures at the same time. Instead, they need to look at the cash flow!

So, what does this mean? Well, according to this use of the term, as long as the annual budget for reserves allows for a stable cash flow to replace each common element when it reaches the end of its life and the funding is not waived, the budget would be considered fully funded. It doesn’t matter what percentage of the fully funded balance is actually in the bank. Association budgets are often noted as fully funded (the path to success is there) even though the reserve balance (their current position) is not fully funded. Confusing right?

Many in our industry agree that stable and adequate contributions that will cover the reserve expenses over time (aka. baseline or threshold funding) is a much more nuanced and thoughtful approach to reserve planning compared to targeting a nominal percentage of the fully funded balance. Additionally, identifying the minimum reserve contributions with a cash flow analysis usually results in much lower assessment levels compared to targeting a fully funded balance. Last, cash flow funding keeps boards from fixating on shortfalls from prior years (their current position) and start thinking about the path forward as their communities age. Don’t get stuck looking back in time to determine the percent funded of your balance this budget season; use a cash flow analysis to identify a path forward with a fully funded budget.

Have questions about reserve funding?